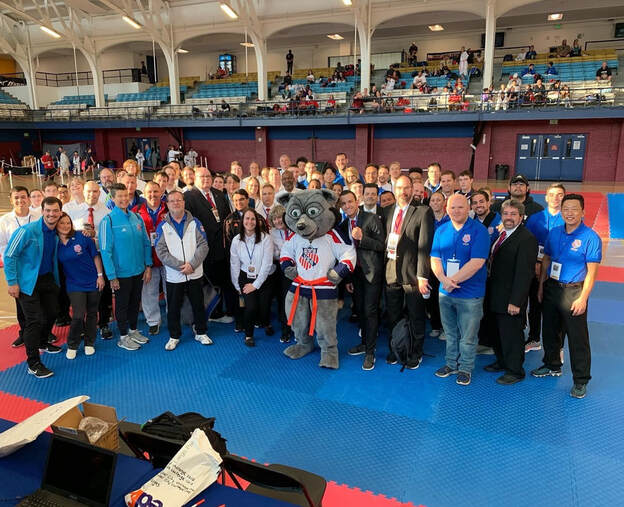 Coach and referee photo from the 2019 Rubber City Tournament 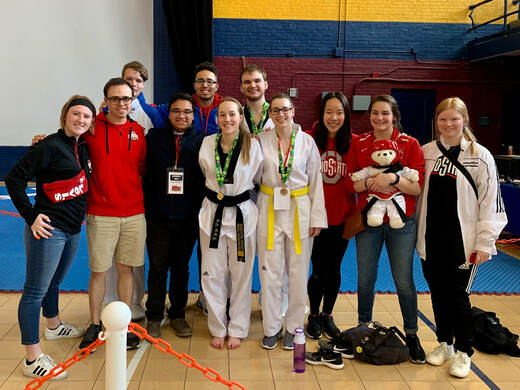 Congratulations to the Buckeyes for a great showing at Princeton!
Yusty Sanchez went UNDEFEATED in Sparring!
Jennifer Morris made it to the FINAL ROUND of Poomsae at her first tournament ever!

MIT was the first collegiate tournament of the year! Madeline Hull, David Ruttenberg, Yusty Sanchez, and Jasmohan Bawa all competed and the Ohio State A1 team of Sanchez and Bawa went 1-1 at their first tournament! 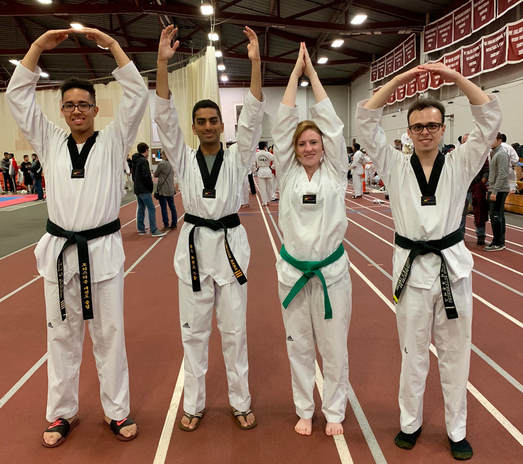 Congratulations to Madeline Hull and David Ruttenberg for winning the Rubber City Championship in your divisions! This was David's first tournament in 8 years! 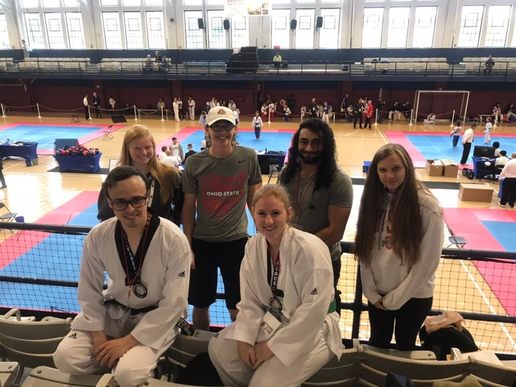 Congratulations to Madeline Hull for winning the State Tournament in Sparring! This is the 2nd straight State Championship for Madeline in Sparring and the 2nd year she has qualified to USAT Nationals! 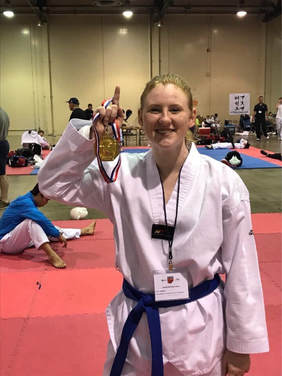 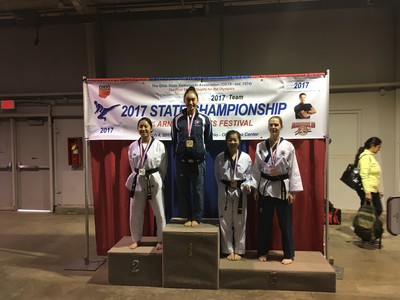 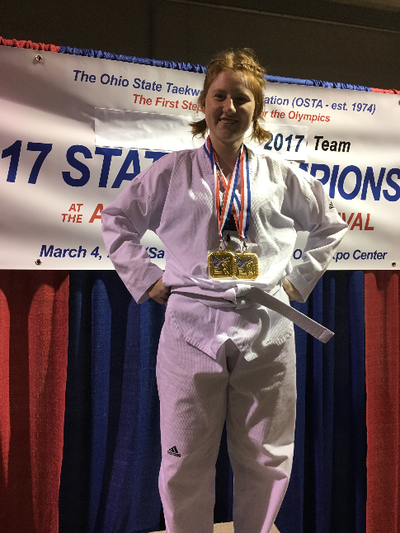 Members of the Competition Team were able to meet the Kukkiwon Demo Team at the OSTA State Championships! 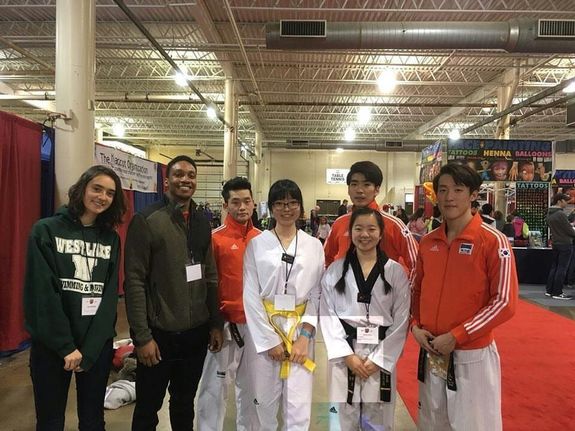